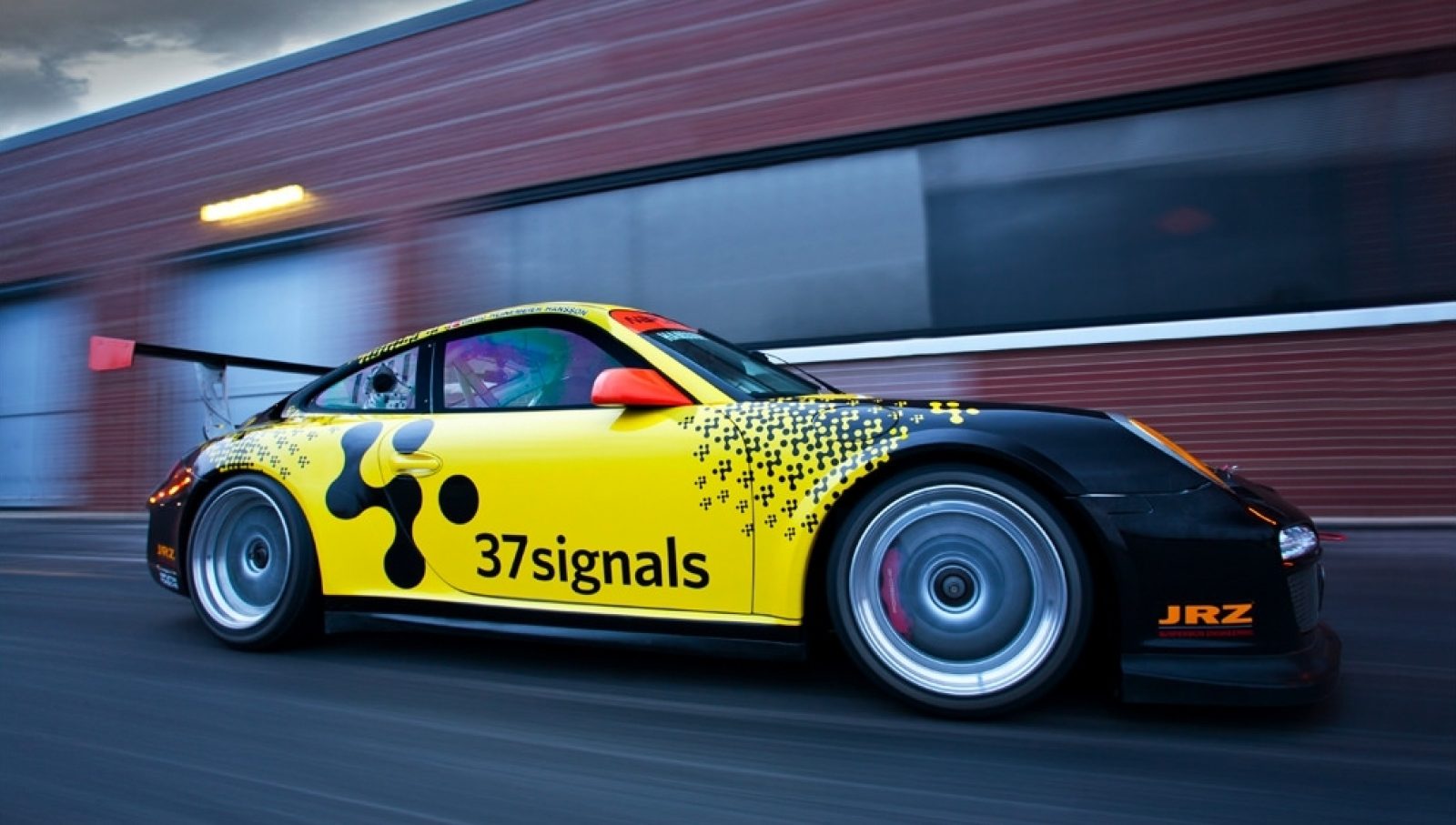 Jason Fried, founder of 37signals, asked me to design a logo for his company — at the time called Spinfree. I proceeded to work on ideas loosely connected to the letters S & F. A fascination with meta-balls led me to an idea I liked quite a lot. Not only did it abstractly have the S & F, but could also be interpreted as J & F (Jason’s initials). Jason liked it as well.

A couple months later Jason called me to say they had started a new company, sadly rendering the new logo obsolete. Jason described the new company as a hybrid of social and team focused. I looked at the logo and could see another aspect. Rotating the logo 90 degrees counter clockwise created an abstract figure with a hand in the air, almost as if to say “hello”. I affectionately called the logo “manlogo” and pitched it back to Jason. Jason and his partner Carlos worked the logo into their identity and the 37signals brand was born.