I was not a sophisticated photographer growing up. Granted, this was before everyone had a decent camera in their pockets. I had some friends who took photography classes in High School and donned fancy cameras with interchangeable lenses. I was generally satisfied with the results of a disposable camera from the drug store. My naiveté was passed down from my parents.

This all changed in the mid-90s when a friend introduced me to the Yashica T4, a $50 plastic Japanese camera with a wonderful Carl Zeiss lens. Around that time I was coming into my own as a designer and my camera was becoming an important trade tool. While the T4 took wonderful photos, it was still a cheap product and would occasionally fail to advance the film fully between shots. The result was my introduction to multiple-exposure photography.

After touting the brilliance of the T4 to some friends who knew more than myself, I was introduced to the world of "exotic" cameras — Leica, Hasselblad, and others. The maker of the T4, Yashica, made an affordable exotic — the Contax G2, a beautiful camera that rivaled Leica, and with stunning glass by Zeiss. The G2 was a natural evolution for me, and with one feature that blew my mind — a multiple-exposure button!

I loved the accidental multiple-exposures from my T4, and now with the G2 I was trying to intentionally find those moments of serendipity. I quickly realized it was more difficult than I thought — many of my multiple-exposure attempts felt forced and contrived, not the happy-accident feelings I'd had. I considered whether there was a psychological difference between "discovering" an accidental overlap and intentionally composing overlapping images, where the brain creates an optimistic expectation of the result — only to be let down in the end. 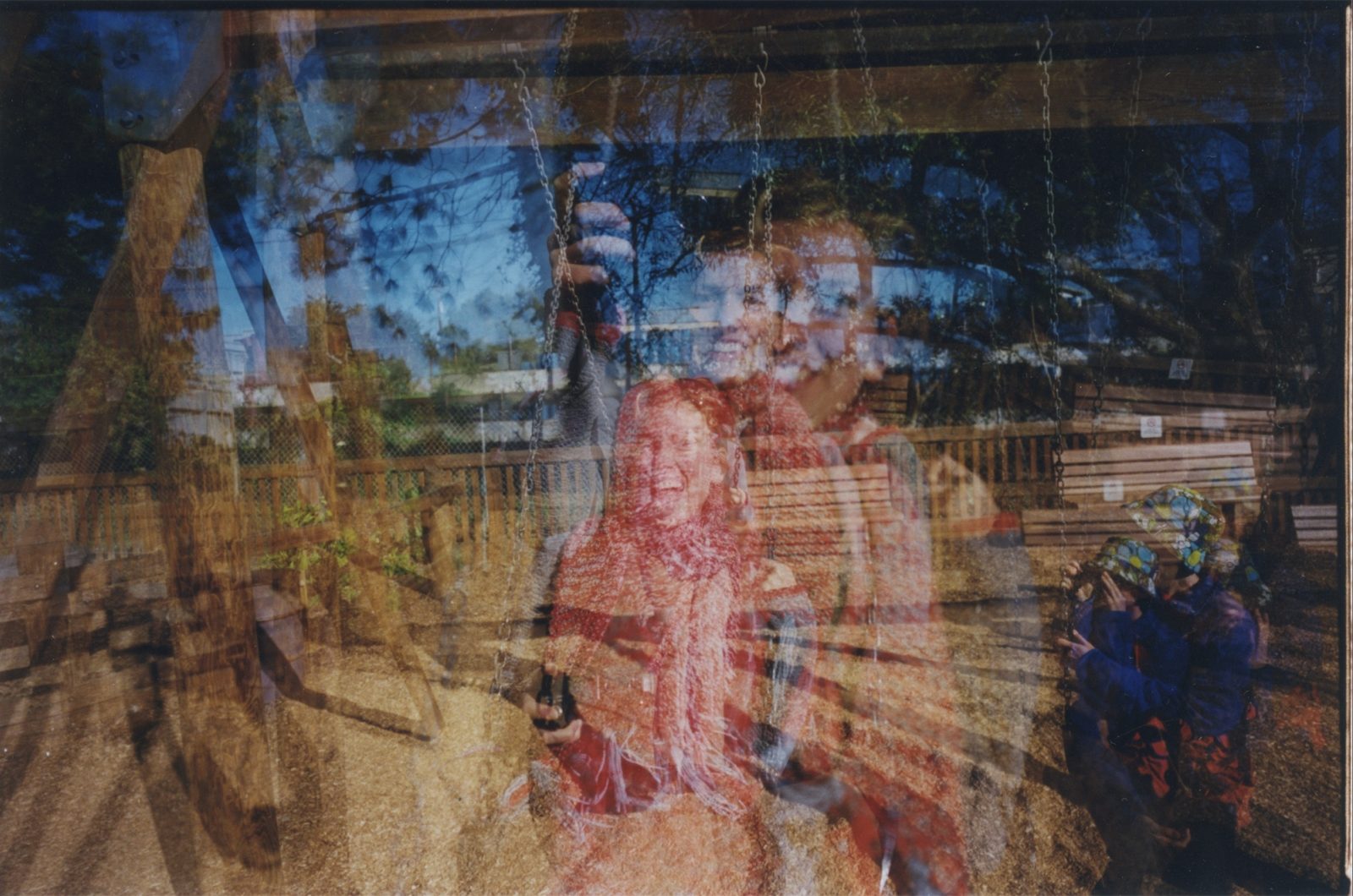 An early experiment in intentional multiple-exposure was rotating the camera on the same subject, which created the effect of the ground being "removed" by the over-exposure from the bright sky. The result was a central subject left floating in space, and with kaleidoscopic patterns from the inverted overlapping images. Taking it one step further, I tried rotating the camera at 90 degree turns — overlaying four shots in one

My first successful shot — one that satisfied both my aesthetic ambitions and a feeling of natural happenstance — was the "Baker Hamilton Building Rotation". At the time, this building was being renovated to house the headquarters for software company Macromedia (they were later acquired by Adobe and is now the SF Adobe office). The history of Baker Hamilton is also fascinating — they made a fortune providing gold digging equipment during the California gold rush. 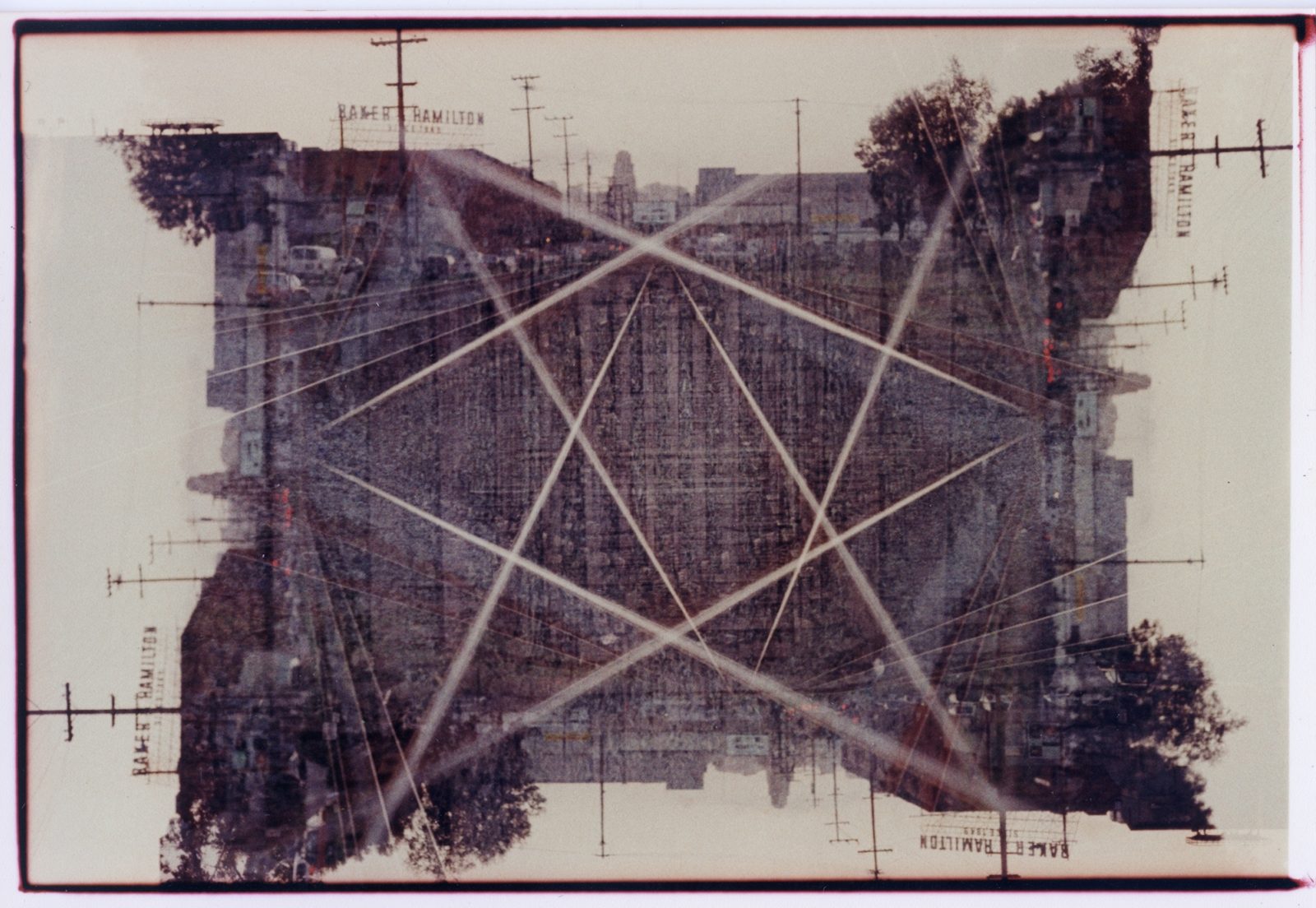 Following my initial success, I became obsessed — shooting hundreds of "rotation" shots. Again I quickly realized there was no easy formula — most shots looked like a bad kaleidoscope Photoshop filter. At one point I questioned if the images would be perceived as simply Photoshop-created images, and set out to see if I could recreate the effect without in-camera multiple-exposures. As a Photoshop expert, I figured it wouldn't be too hard, but after many hours of playing with filters, blending modes, channel stacking, and more, I came to the conclusion that the quality and feeling of what came out of the camera was something special.

The series of "rotation" images culminated in a group art show in Berkeley, California. After a couple of years seeing my collection of favorite Rotation images at 4x6 inches, printing them at 20x30 inches was an unexpected thrill. While this remains my first and last art exhibit, it marks a moment in my life where my fascination with photography blossomed into art. 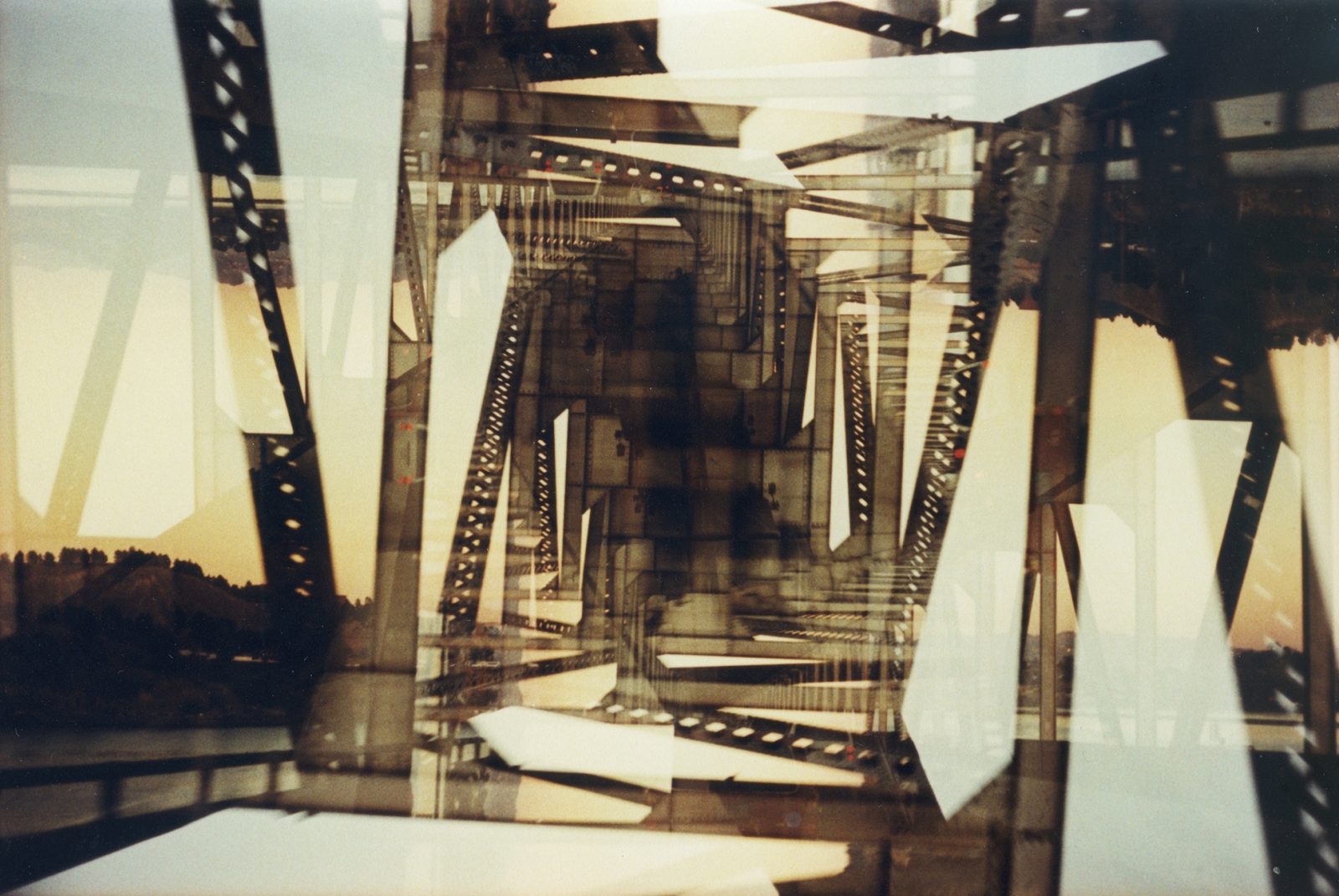 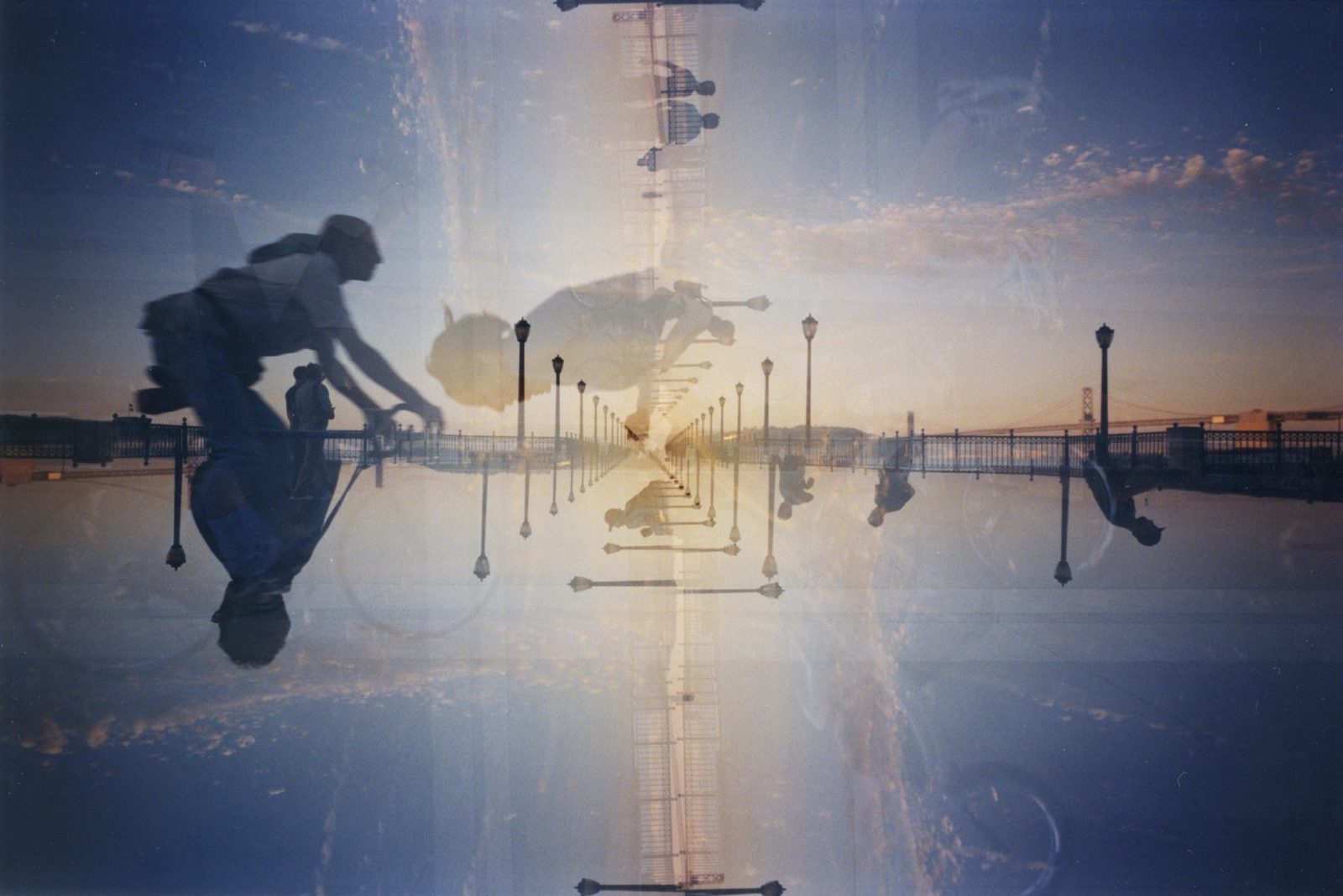 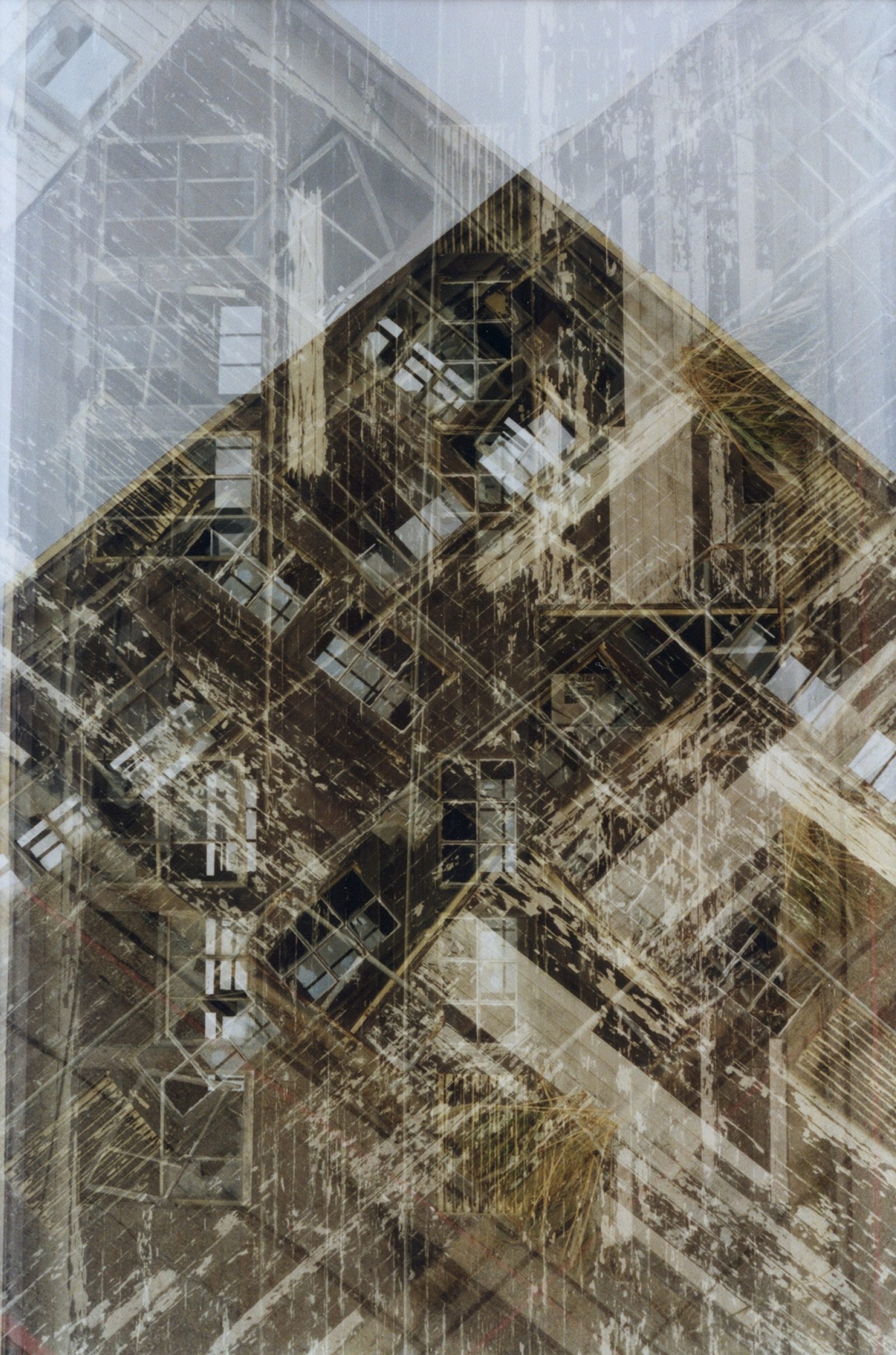 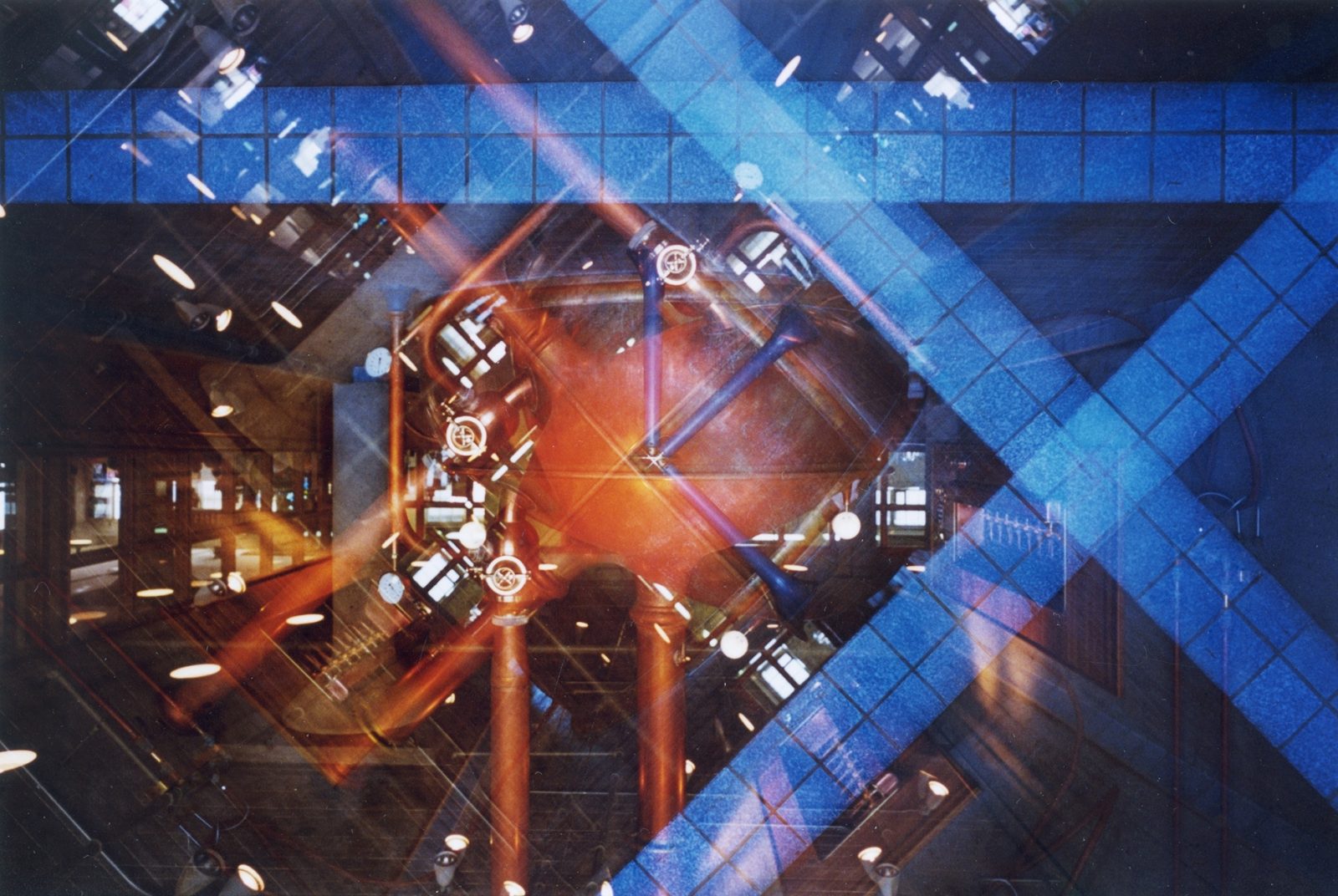 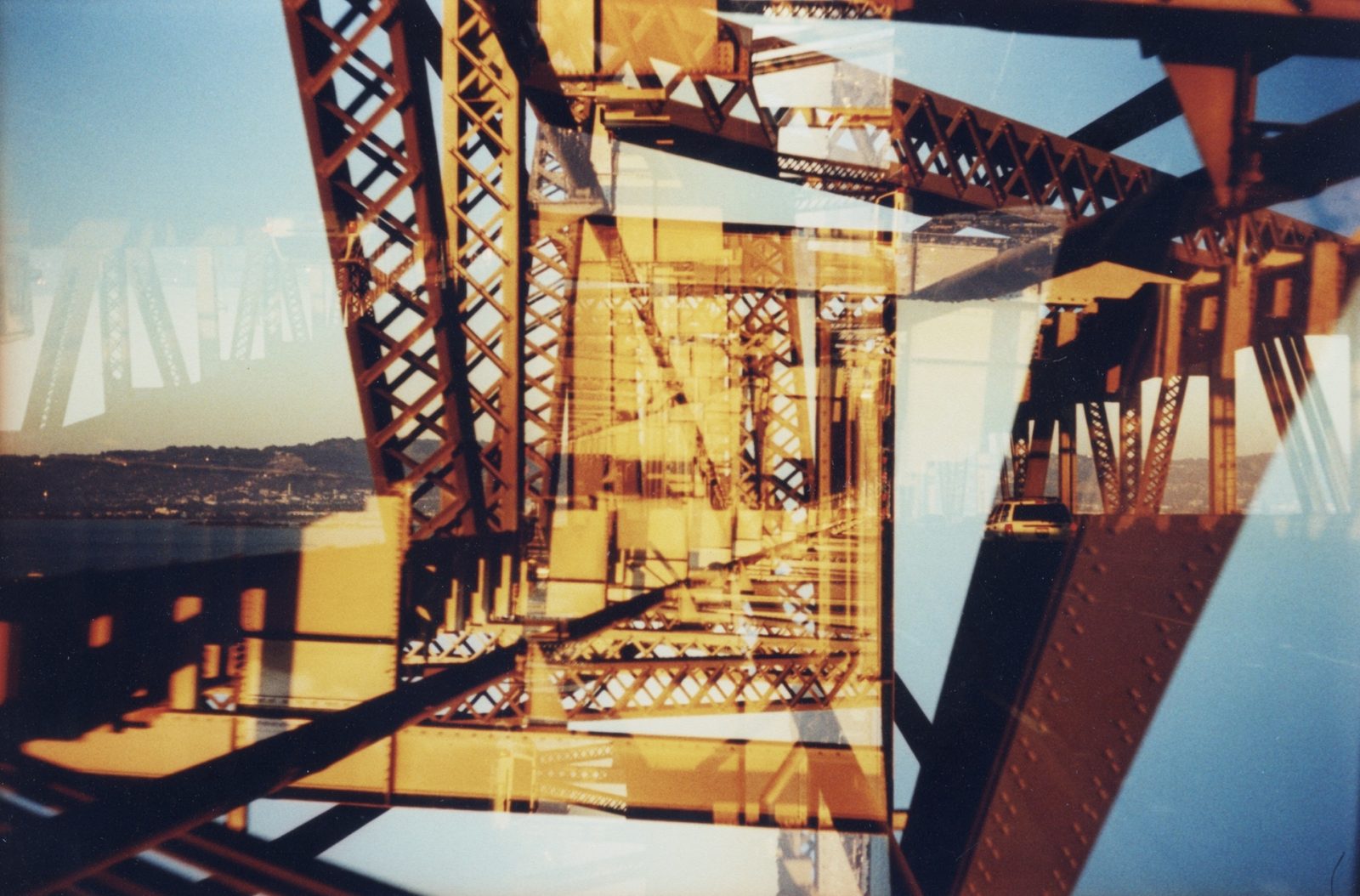 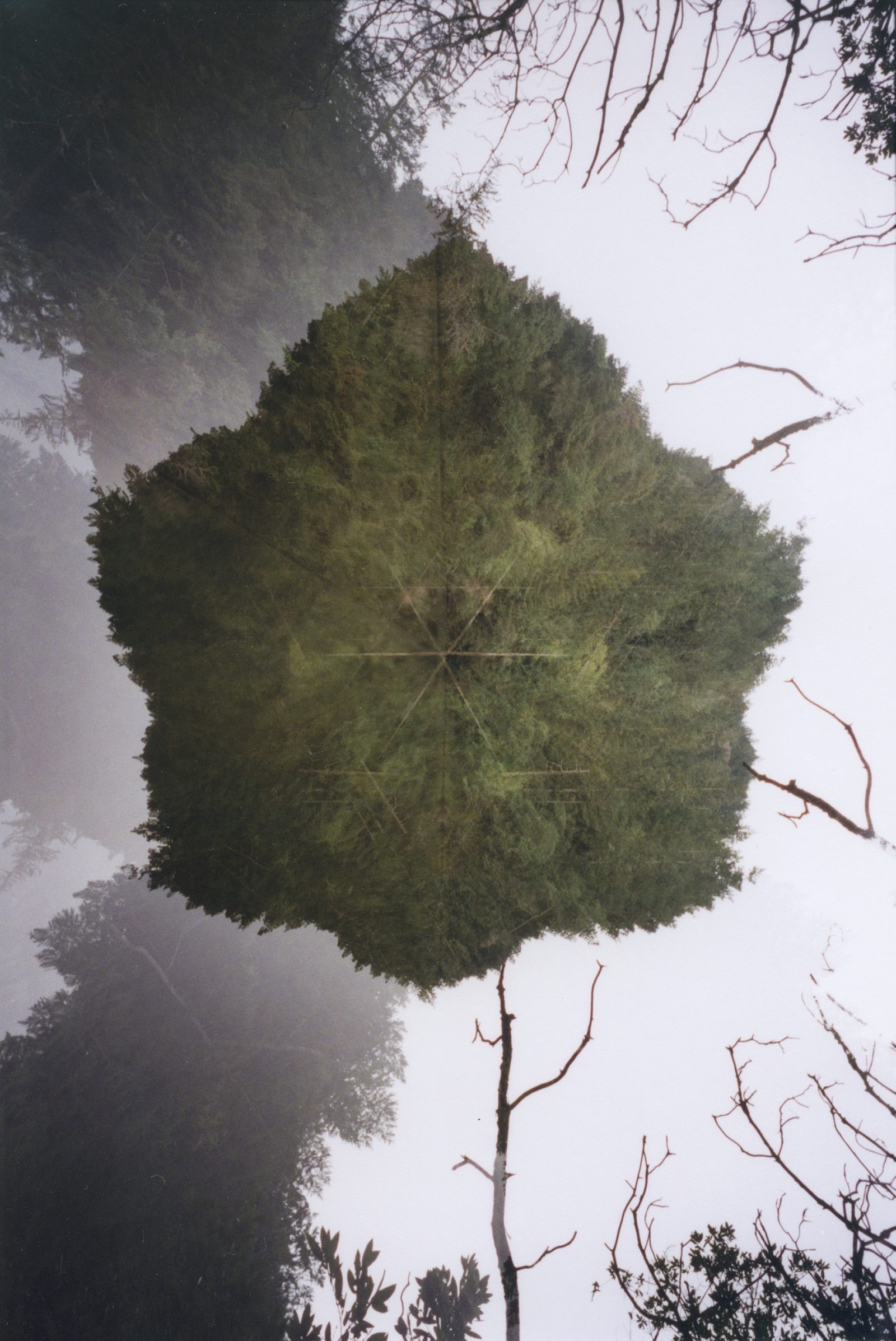 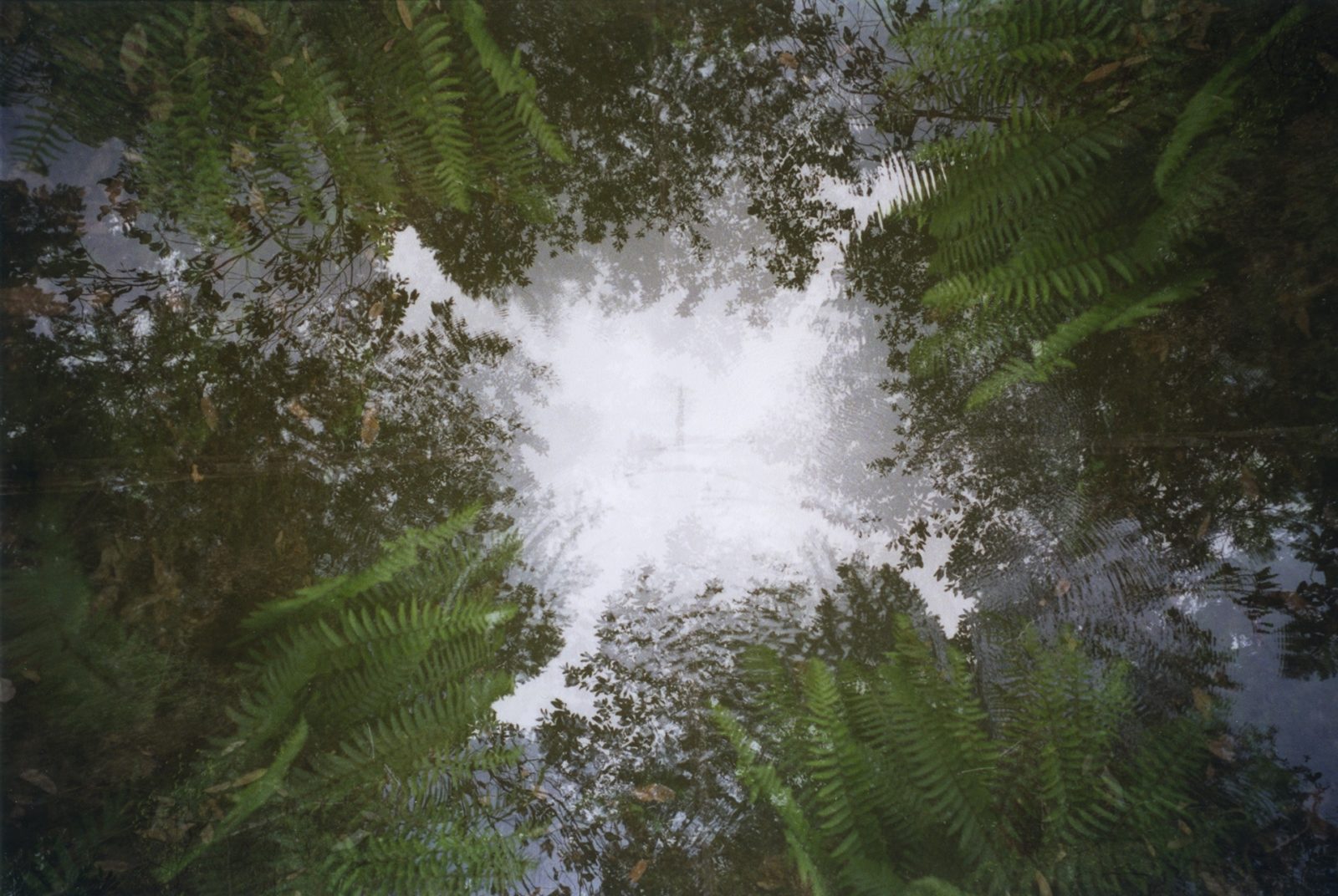 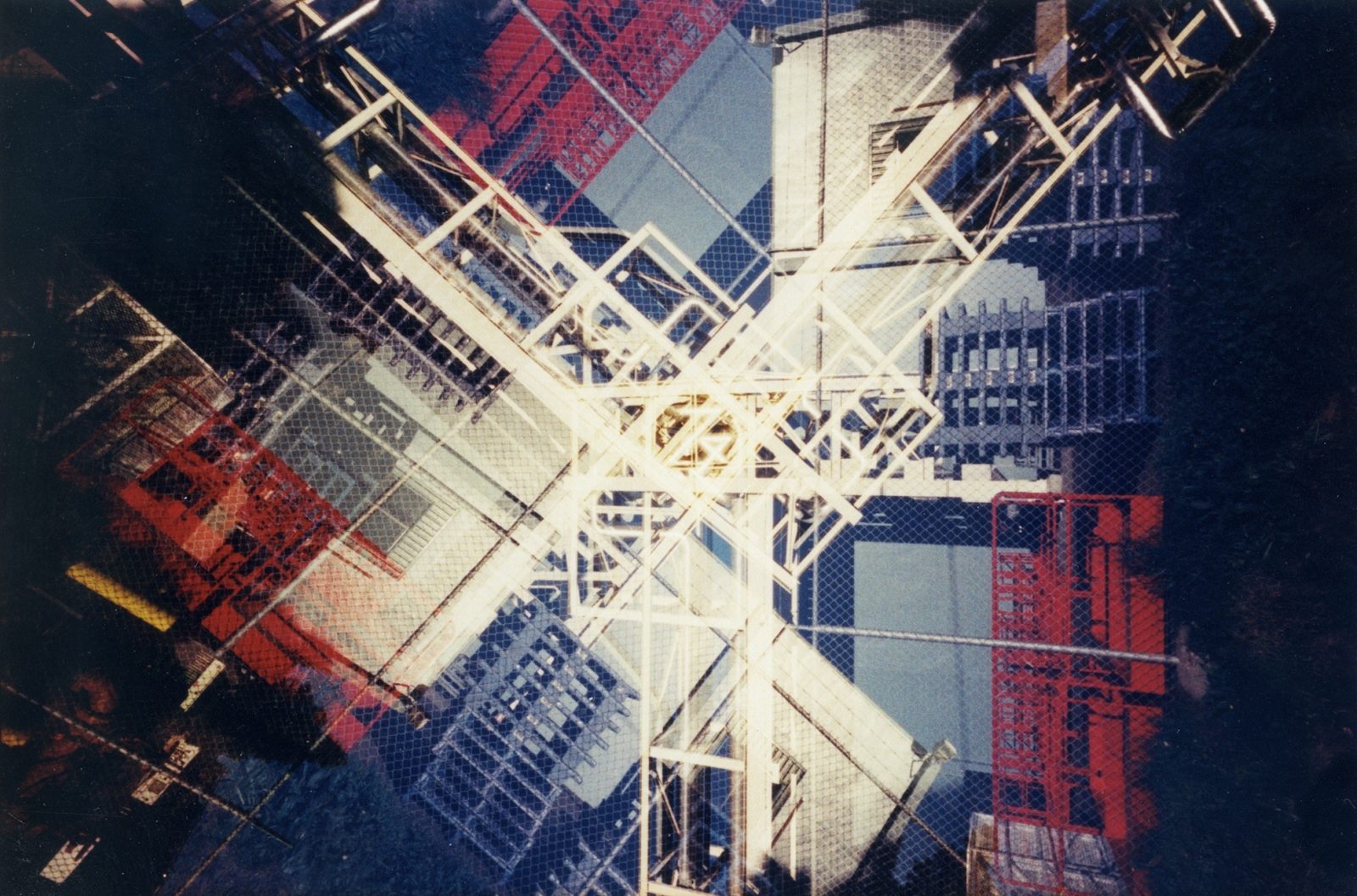 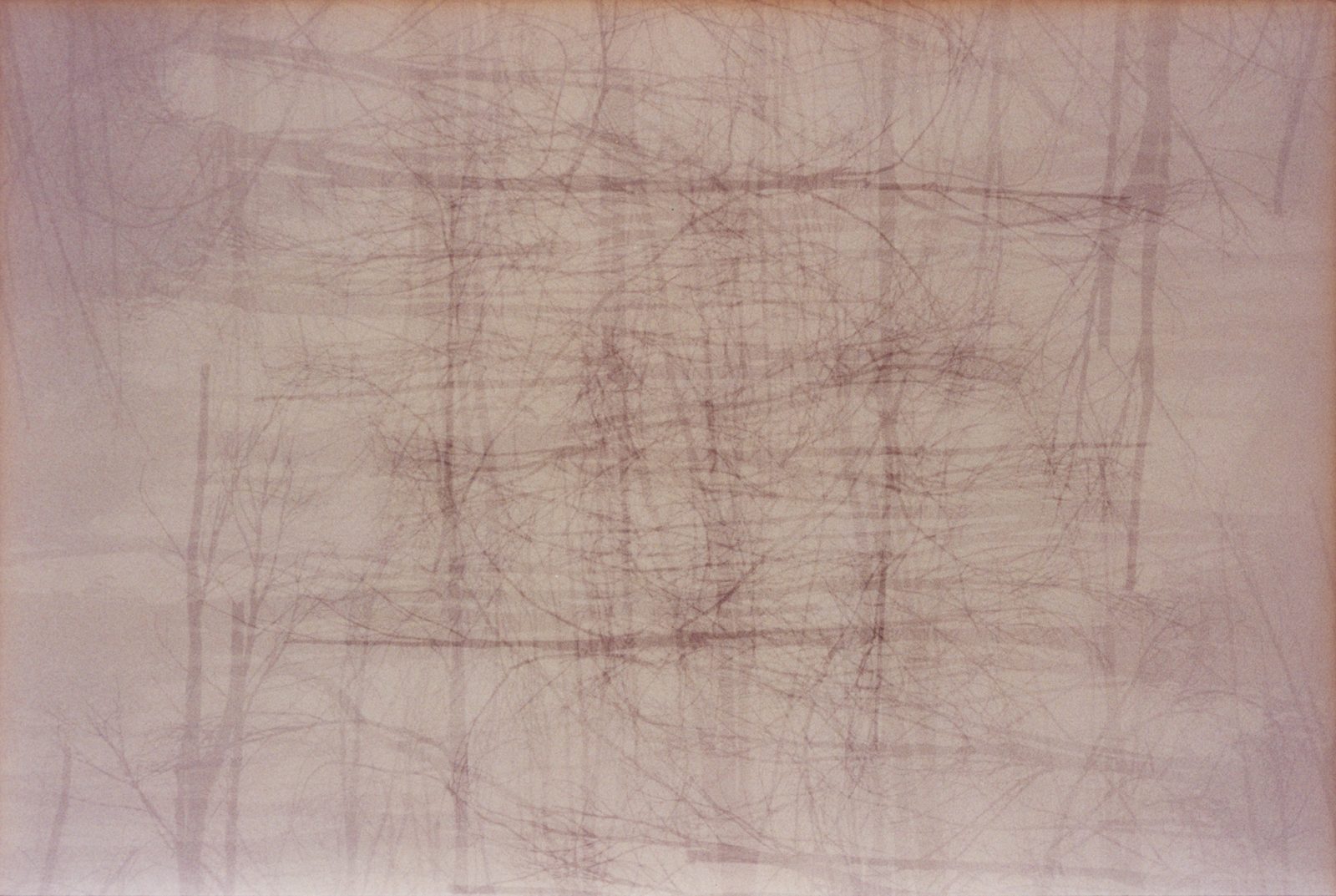 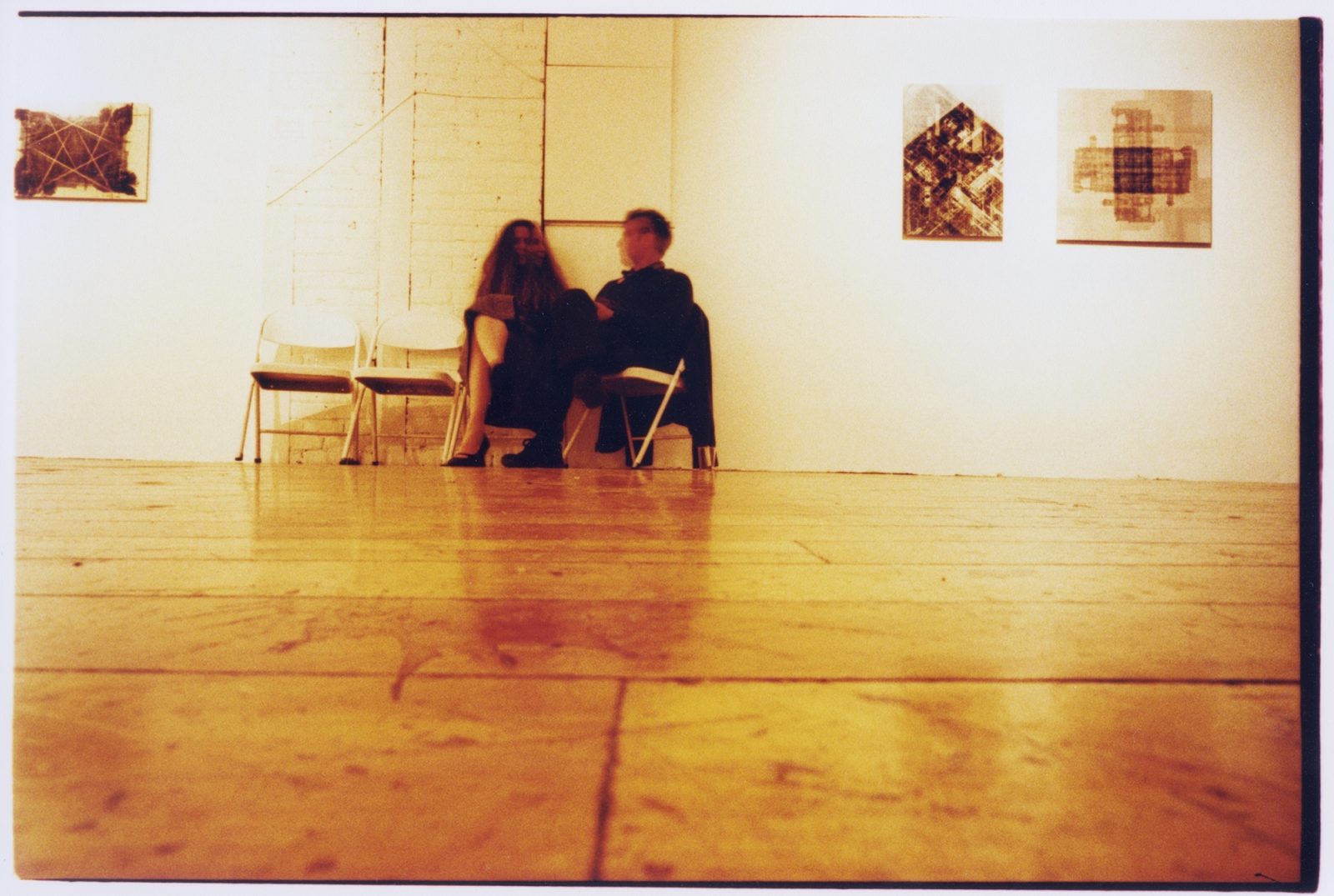